As the resounding anti-government protests that started in the wake of Mahsa (Zhina) Amini’s murder by the country’s notorious Guidance Patrol, also known as morality police, enter their fourth month, the state of human rights in Iran continues to deteriorate. Hyper-exploited, hyper-criminalized, and systematically neglected ethnic and religious minority communities and provinces, including Amini’s, have been especially targeted, bearing a disproportionate brunt of the state’s repressive violence and militarized siege. In addition to deploying heavy weapons and helicopters to break down the countrywide resistance, the Iranian government has started issuing death sentences for protesters. On November 17, the Islamic Revolutionary Court issued the first death sentences for five protesters on charges of moharebeh (waging war against God) and efsad-fil-arz (corruption on earth). As of December 12, 2022, the executions of at least two protestors, 23-year-old Mohsen Shekari and Majidreza Rahnavard, have been confirmed.  Shekari was executed on December 8. After his execution, Iranian state television aired an edited video footage showing the parts of Shekari's trial. A few days later, on December 12, 23-year-old Rahnavard was hanged in a public execution in the city of Mashhad. According to Amnesty International, 21 more detainees have been charged with offenses punishable by death, while indictments have been issued against eleven others including a woman, for charges of efsad-fil-arz.

From September 16 to November 18, at least 1,281 of 1,413 protests were led by women, while university campuses have been primary sites of conflict, especially in large cities like Tehran, Shiraz, and Isfahan. Hundreds of Iranian students, who came together in mixed-gender protests chanting “Women, Life, Freedom,” have been detained and tortured. The Iranian government has also breached international human rights laws and conventions that guarantee impartial humanitarian aid. It has been reported by various international human rights organizations that the Iranian security forces used ambulances to infiltrate demonstrations, enter university campuses, and detain protesters. Sexual harassment and violence against the female detainees have also been widely reported.

Security forces have also raided high schools, detained underage students, and sent them to psychological centers to “educate and amend” their behavior. According to the Education Minister Yousef Nouri, “the pupils had been sent to the camps… to prevent them from turning into ‘anti-social people’.” Nouri also stated that these children can go back to their normal life, families, and school, once they are reformed. The centers function as detention facilities for those who fail to comply with the state’s rules on modesty and obedience. Inside the facilities, detainees are given classes about Islam, and then forced to sign a pledge to abide by the state’s regulations before they are released. While the number of those who were sent to reeducation camps is unclear, at least 15,000 people have been arrested since September and, according to Iran Human Rights, at least 458 people, including 63 children and 29 women, were killed during the protests in 25 of 31 provinces. On December 14, as a reaction to the Islamic Republic’s disproportionate response to protests, the UN Economic and Social Council adopted a resolution to remove Iran from the United Nations Commission on the Status of Women.

In many ways, Amini’s death was the final straw in decades-long discretionary violence and discrimination targeting women and young girls. Systematic discrimination and human rights violations has inspired myriad struggles for equality through education, public awareness, lobbying, civil society initiatives, petition campaigns, legal efforts, traditional and social media outlets, as well as through their active participation in previous rounds of protests and political unrest, despite the threat of violence, imprisonment, and even death. Protesters in Iran demand an end to decades-long theocratic rule and the systematic gender apartheid it has imposed upon the female half of the population. Under the country’s misogynist constitution, women are second-class citizens, whose freedom of education, association, work, and movement depend on the unilateral approval of the patriarch. However, as numerous NGO reports demonstrated, the current president Ebrahim Raisi has taken the repressive, misogynist measures to new levels. Earlier in September, before Amini’s unfortunate death, the Headquarters for Enjoining Good and Forbidding Evil had announced the detention of 300 women, including university students, who were allegedly heads of networks committed to defy and take down the Islamic regime’s gender apartheid.

The Islamic Republic has also used the detention and subsequent bargaining over the release of foreign and dual nationals as a means of extracting concessions from Western governments. Among the dual citizens imprisoned in Iran are the anthropologist Fariba Adelkhah and the disaster medicine specialist Ahmedreza Djalali. Djalali was sentenced to death in 2017 on espionage charges and has been in solitary confinement waiting for execution in Iran’s notorious Evin Prison.

Endangered Scholars Worldwide stands in solidarity with those who strive for freedom and safety across the world and now especially with the protestors in Iran. We condemn the Iranian government’s systematic and recurrent breaches of international human rights law and the ill-treatment of protesters, as well as the hostage-taking practices targeting foreign or dual nationals to obtain diplomatic leverage. We call upon all international organizations and academic and professional associations devoted to the promotion and defense of human rights to join us in urging the Iranian government to end this ideologically motivated and inhumane crackdown on university campuses, disproportionately targeting women and young girls. We ask for the international community’s full attention and to make all efforts to get the Iranian government to honor their obligations under international humanitarian law and human rights treaties, including to ensuring free and unhindered humanitarian access to people in need, and the revoking of the death sentences, which have been issued following illegitimate trials.

Please send appeals to the following:

The Office of the Supreme Leader

The Office of the President

Office of the United Nations High Commissioner for Human Rights

As the Women, Life, Freedom revolution in Iran sparked by Mahsa Amini’s death carries on into 2023, the Iranian regime continues to...

A letter penned and signed by academics around the world is being circulated to urge President Biden to take more substantial political...

After weeks of widespread anti-regime protests on behalf of Mahsa Amini, the Islamic Republic of Iran has begun issuing death sentences...

As the anti-regime protests that started in the wake of Mahsa Amini’s murder by the state enters its tenth week in Iran, Iran Human...

On October 26th, students and citizens across Iran rallied together in coordinated marches and demonstrations as part of their on-going...

Following the wrongful death of 22-year-old Iranian Mahsa Amini on September 16th, the reverberations of which have been felt around the... Colleagues of Adelkhah hold placards depicting her as they gather in Paris on January 13, 2022. Photo credit || Thomas Coex, AFP On...

On May 4, Iran's semi-official ISNA news agency reported that Iran’s judiciary was taking steps to carry out its death sentence against...

Photo credit: The Guardian Endangered Scholars Worldwide learned that on January 12, 2022, anthropologist Fariba Adelkhah, who has been...

Iran, one of the countries most affected by the COVID-19 pandemic, has temporarily released around 85,000 prisoners due to the fear of...

On Friday, February 12, 2021, Endangered Scholars Worldwide learned that a court in Tehran has sentenced Reza Eslami, a dual... 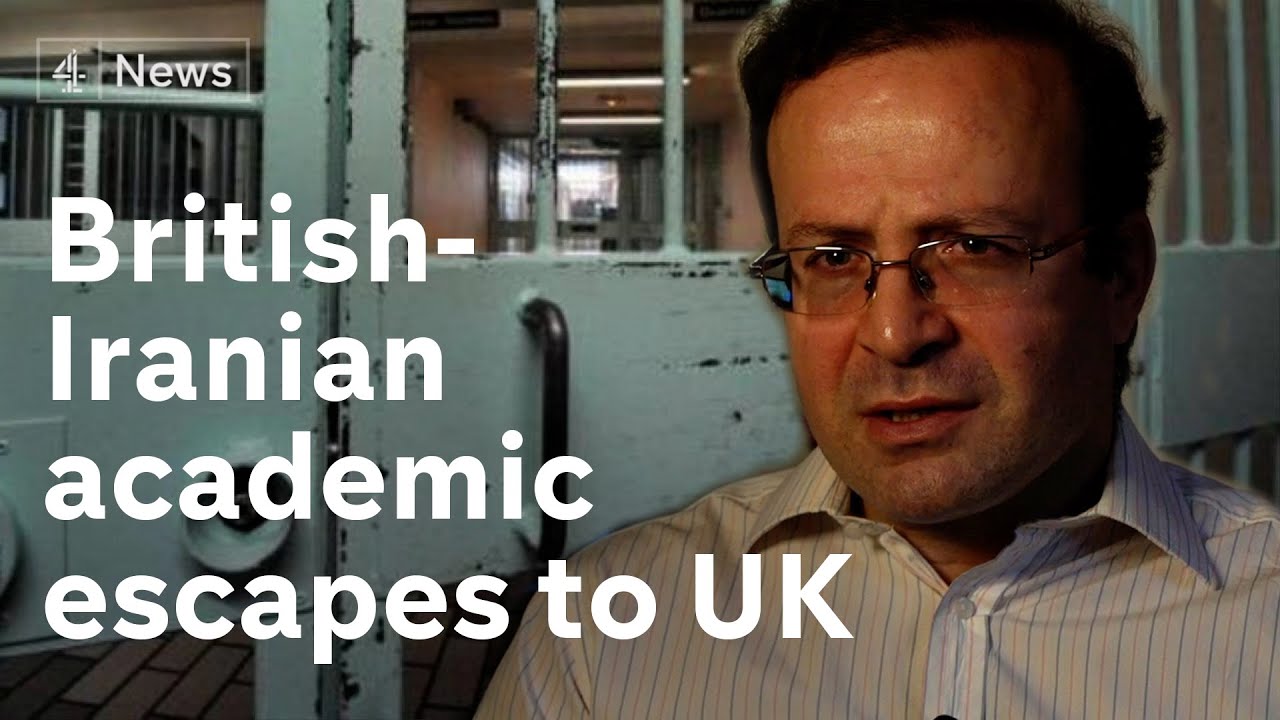 A British-Iranian anthropologist who was sentenced to nine years and three months in jail in Iran for “cooperating with a hostile state...

Iran has temporarily released French-Iranian academic Fariba Adelkhah, detained in Iran since June 2019. Adelkhah was sentenced on May...

University lecturer Kylie Moore-Gilbert, jailed in Iran for spying, has been moved for "punishment reasons" to the harsh Qarchak prison...